When I was about seven years old (1964) the world, including my parents, was completely okay with little kids riding their bikes a couple of miles across the town to visit the variety store.

No helmets, no sunscreen, no hydration in the 110°F desert heat. And we left the bikes outside unlocked without a second thought.

The bike ride was on streets except for one place where you could save about half a mile by cutting across an undeveloped lot.  There was a beaten path along a minimum-length diagonal from the one boulevard to the back of the drugstore parking lot.

So there I am biking along and thinking of the money in my pocket and its value with regard to things like Brach's cinnamon hard candies vs. green army men vs. plastic model glue (and yes any kid could buy it in those days).  Turning across the vacant lot and up the path, I see the lump of sand.  No problem.  But...

There is a reason you don't see too many bicycles at the beach.  The pounds per square inch on bicycle tires make you sink into dry sand way deeper than a footprint.  I ended up slogging down to a complete stop about one and a half bicycle lengths in.  Hm. Time to get off and walk it back to the beaten path.

Where was I going with this?  No, not the drugstore.  I mean, yes, the seven year old me was going to the drugstore.  I think a squirt gun claimed my money that day.  Shaped like a Colt 1911, fit my had perfectly, never leaked -- you could fill it up and keep it in your pocket for emergencies.

I meant where was the present me going.  Only this: some days, some times, my whole mental/verbal ability is down to about the level of trying to bicycle through dry sand.  Your mileage may vary, and it probably depends some on the width of your tires.

Every competitor in a new field simultaneously tries to maintain complete start-to-finish and top-to-bottom control of their niftiestness, and tries to become the standard to which all other competitors will have to comply.

The plum to be plucked in some of these conflicts is government contracts. "MIL Spec" can be a golden ticket for a company, such as when Break-Free CLP met the "Un-meetable Spec" for a Pentagon-approved firearms lubricant.

Competition is a good thing. Open Sources is also a good thing -- giving rise to even more competition and creativity for after-products such as Androd apps.

But the .gov influence can get in the way of development, don't you think?  I'm thinking of, say, how MIL-Spec ECWCS polar fleece stays expensive and crowds out development once it's THE spec.

Welcome to politics as devised theater

When the United States was just a gleam in the Founding Fathers' eyes, there had already been a generation or so of discussion about the way the then-colonies should be governed. A lot of discussion but little agreement. What they more-or-less agreed on was not what they were FOR but what they were AGAINST.  Look at the Declaration of Independence.  It is mostly a litany of the harms inflicted by the king and his agents. The debate of the time (see Federalist Papers) centers on how to avoid the significant harms visible through history and in their own time.

Here's the question: how do you constitute a way of government that avoids the harms (see Declaration) while making sure that you "... establish justice, insure domestic tranquility, provide for the common defense, promote the general welfare, and secure the blessings of liberty ..." ?

Well, at some point you have to stop arguing and start making. I know they call it Political Science at our failing universities, but it ain't Science. It's Art. In fact it's Theater.  Specifically, it's Devised Theater.

Wikipedia says: "It is very hard to pin down exact methods for devising, as every group of collaborators will have different ways of approaching the creative process. One very common method is to begin by focusing on form, and then extract thematic ideas and work with them retrospectively." (emphasis added)

Well hot Wiki damn, whaddya think the original Americans did?  They got all focused on the form of the government.  What the Constitution constitutes is the form.  Aside:  What was the world before God spoke in Genesis chapter 1?  Anybody?  That's right, a formless void.  Anarchy of potential.  The world came into being as God spoke and set limits.  Earth, meet Sky.  And it was good.  Back downstage: America came into being as the words of the Constitution attempted to set limits on government.  The Founders believed in freedom.  (God does too, by the way, He even risks losing you to wrong application of your freedom.)  The American experiment devised a system by which the governed also do the governing: limited self-government!

Devised Theater came about because some theatrical experimenters believed that the actor (Wikipedia again) is "...  a creative artist in their own right, as opposed to a functional worker there to carry out the wishes of the writer and director ..."  See what I'm thinking?  In America, a free person is an agent of his own destiny, working with others, within limits.  We're living Devised Theater. America.  The biggest show on or off Broadway since the 18th Century, and it's not top-down, it's Devised. 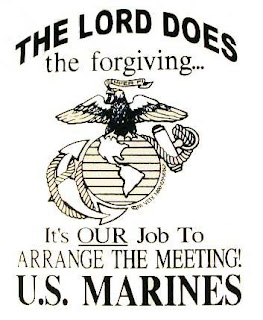 Chomsky Out, Plato Back

Noam Chomsky's theories about the genetic epistemology of language may end up in the dustbin of history even during my lifetime.

A long and detailed article at Scientific American includes this:


In the new usage-based approach (which includes ideas from functional linguistics, cognitive linguistics and construction grammar), children are not born with a universal, dedicated tool for learning grammar. Instead they inherit the mental equivalent of a Swiss Army knife: a set of general-purpose tools—such as categorization, the reading of communicative intentions, and analogy making, with which children build grammatical categories and rules from the language they hear around them.

Ah, I knew it would come back to analogy some time.

Of course if rational discourse is "ratio-nal" it must be analogical.  How else can you explain the verbing of nouns (all the Greats do it!). And how else could children understand the nonsense of If I Ran the Circus? -- I mean, "The Flummox will carry a Lurch in a pail / And a Fibbel will carry the Flummox's tail"?  The soul of man is deeply analogical, and I don't think it's a genetic mutation either.

Plus I never liked Chomsky:  I got the impression he was singularly invested in reducing the human mind to strictly binary operations.

The "All in the Family" Archie Bunker.

All of a sudden, as I approach the mark of completing three decades on this planet, I find out that I am the anachronism in the room.

This is why we all need quad-rotor delivery service

UPS and FedEx are amazing, but they aren't magical flying carpets when disasters strike. 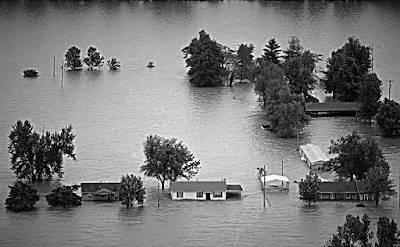 We need to ditch the FAA and get going with autonomous aerobot deliveries.

The devices the Luddite media call "drones" (Cuz, y'know? DRONES!!! They, like, KILL people, man!!!) need to be developed for the greater marketplace.

My commute to work is nasty, brutish and (thankfully) short.

I hop onto the freeway, a few minutes later I hit my exit and it's just a few blocks to work.

But those few minutes of freeway can be exciting.  Because of some inclines, loaded big rigs are topping out at about 50 MPH.  If it's not too windy, my little old Civic does 65 to 70 MPH.  But increasingly we are menaced by weavers doing I kid you not 90+ MPH.

Reckless and foolhardy.  These people are getting way too close to other cars.  Do they think this is a video game?

Remember how the fashionistas used to say, "Black (or Teal, or Whatever) is the new Red"?

I can hardly wait till "Drive Defensively" means a roof mounted brick launcher or .50 BMG.

27 July marks the anniversary of the signing of a cease-fire agreement in Panmunjom in 1953.

The Kim dynasty continue their version of Two Steps Forward One Step Back.

Apostolic Exhortation "On Love in the Family"

Pope Francis has officially issued a document in the aftermath of the synod on marriage and the family last fall.

No, I have not read it yet.

The first thing I did after downloading was do a search for the term "chastity."

In 264 pages on marriage and the family, chastity occurs a total of ONCE.

This is that animated wind map thing

The one I keep mentioning and forgetting to give anybody the link.

The season for being "heedless of the wind and weather" is behind us!

Go look.  I'ts cool and doesn't take a long time to load.  You can move the globe around and resize if necessary.

It's bad when your portal amnesia extends to the opening of a notebook so I can write down something lest I forget.

Um, what was I going to write down?  I forget.

Well, this is a switch. 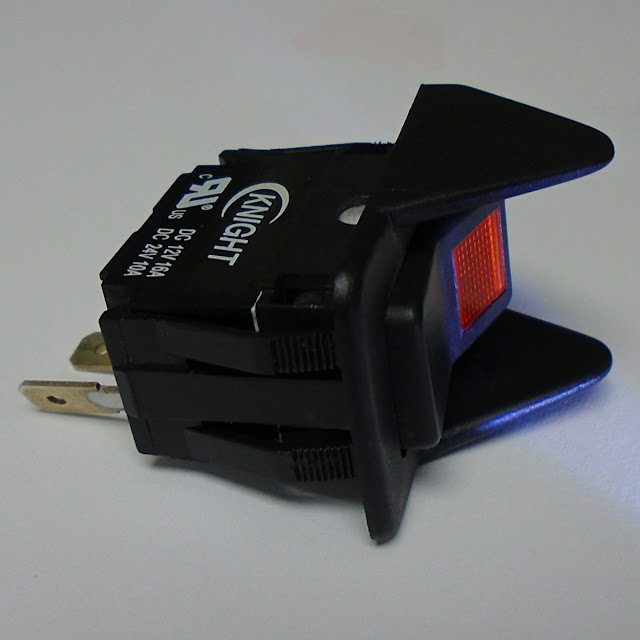 Something for work, but it turned out sort of artsy.  Please note the soft blue accent from LED flashlight.  Taken with my tiny CyberShot and touched up a bit with Fotor.

Feast of the Presentation of Jesus

For the past year or so when I think about the Feast of the Presentation -- a recurring theme while meditating on the fourth Joyful Mystery of the Rosary -- the character that calls out to me is the prophetess Anna.

Anna was a constant presence in the temple, and served God with fasting and prayer (Luke 2:37). By grace coming to the place where Simeon was speaking to the Holy Family, Anna was also led to recognize the Savior.

And what does Anna then do?

Anna becomes a kind of new Isaiah, speaking comfortingly to Jerusalem (Isaiah 40:1-2) about the Christ child.

Having maintained a kind of static watchfulness for so many years, Anna is rewarded with the One she has sought and hoped for.  The Presentation of the Lord moves her to great change. Think of this old lady, probably considered pitiful by most who see her, suddenly filled with great joy.  Think of this old lady, always locked in silence of prayer and mortification, now suddenly bubbling over with a spirit of thanks and praise.

There is no Canticle of Anna.  Yet Anna's witness is antiphon to Simeon's song.

For Simeon, it is "now let your servant depart in peace" -- depart into the sleep of death peacefully, having seen the coming of the glory of the Lord.  For Anna, the move is to depart not immediately to death but to depart from the temple, into the neighborhoods and dining rooms of all who look in hope for the coming of the Savior of Israel.

It can't be more than ten years ago that we lost him. But it is. I wrote this just after Charles died but also just after we got a definite diagnosis of cancer for my dad, who died later that same year.  Anyway, I'm choked with nostalgia this winter afternoon, so I might as well re-post something that chokes me even more...

Even now
you and I
there on the hillside
where today there is no hill
September sun warms the fruit
and the wine sweet air
we cut them open first --
you laugh
"The worms only eat the sweet ones!"
we sample this year's fruit
as though it will last

just when I need you