Is this where America used to be?

News report late 19 April 2013.  So they got the Boston Marathon bombers.

The fact that an average citizen found Suspect Number Two  after  the lock down order had been lifted plays into my theme today.  Call me cynical, but it's good that Suspect Number Two was found by Joe Homeowner and not a group of Law Enforcement Authority, else he'd have been Dornered.

Imagine.  Your town.  The wee hours of Friday morning.  Law Enforcement Authority says don't go to work.  Don't go to school.  Don't open your business.  Don't leave for that long weekend.  Don't get together with friends for a gaming party.  Don't!  Because all of you people moving around out there makes the job of Law Enforcement Authority more difficult.  What do you do?

2.)  Go along because of a presumption of good judgement on the part of Law Enforcement Authority, but then tell them after the fact that you are dissatisfied with their trampling of civil rights in their handling of the situation.  Okay, but then what about the  next  time they do it?  Go to option 1 above?  Stick with option 2?

I guess I'm saying I'm for option 3.  Of course, Option 3 is likely to put me in danger of being falsely imprisoned (arrested) or Hernandezed.  Proceed with caution.

This is America.  Law Enforcement Authority take on the  office  -- that's why they call them "officer" -- of being the default mode for use of force to protect and serve the public good.  We are the public, so that would be our good they are supposed to protect.  Law Enforcement Authority is  deputed  by the public -- that's why some of them are called "deputy" -- to free us from having to join an ad hoc posse comitatus .  Nowadays (normally) our participation in the administration of justice is reserved to the jury power.

This is America.  Pardon me for dropping the "F-Bomb" earlier, but I get worked up about Liberty.

Kill It With Fire

"It can only be killed by fire while awake and by using the Rite of Exorcism if found in its grave during the day."
-- Vampire Universe: The Dark World of Supernatural Beings That Haunt Us, Hunt Us, and Hunger for Us, Jonathon Maberry. Kensington Publishing Corp: New York, 2006. p 16-17, from the Wikipedia article on Vampire folklore by region (South Slavic belief).


At the end of World War II, Hitler's body was burned, pulverized, and flushed into the sewers.  Nazi symbols were destroyed and banned.  Men like Eisenhower forced German citizens to face the atrocities they had actively or passively allowed.  "Never again," they said.

They can never all be found and exorcised while asleep.  The evil is always active while seeming dormant.  We are the ones who sleep.

But the evil continues.  Its undead hunger wakes.


"I think that September 11 ought to be made a day of mourning everywhere in the West. After all, it will undoubtedly be a day of celebration all across the Dar-al-Islam.

"We ought never to forget. Never, until the focus of this filthy plague is a hole in the ground, sowed with salt. Never, until Islam is one with the worship of Moloch and Baal. Never, until we can say, 'Mecca delenda est''."
-- Gerard Vanderleun, What I Saw: Notes I made on September 11, 2001 from Brooklyn Heights, re-posted at American Digest 11 September, 2012.


There is that evil that can only be killed by fire.


"I am Aragorn, son of Arathorn, and am called Elessar, the elfstone, Dunadan, the heir of Isildur Elendil's son of Gondor.  Here is the Sword that was Broken and is forged again!  Will you aid me or thwart me?  Choose swiftly."
-- Aragorn, in Return of the King, J. R. R. Tolkien.

Tolkien knew that isolationism did not work -- regretted the fact, but admitted it; sometimes the Men of the West have to travel to the gates of Mordor because that is the right thing to do.

North Korean "President" Kim Jong Un threatens nuclear mayhem -- and U.S. Secretary of Defense Chuck Hagel tells reporters on 10 April 2013 that Korea is "skating very close to a dangerous line."  Hagel does not appear to be preparing use of a big Pacific Theater flame thrower to Kill It With Fire.  His ilk seem to be off on another Carteresque episode of Why-do-they-hate-us and Is-this-Kim-crazy?  Um, guys?  When the man has the loaded gun pointed at you?  Then it really doesn't matter why he wants you dead or whether he is sane.  Kill It With Fire. 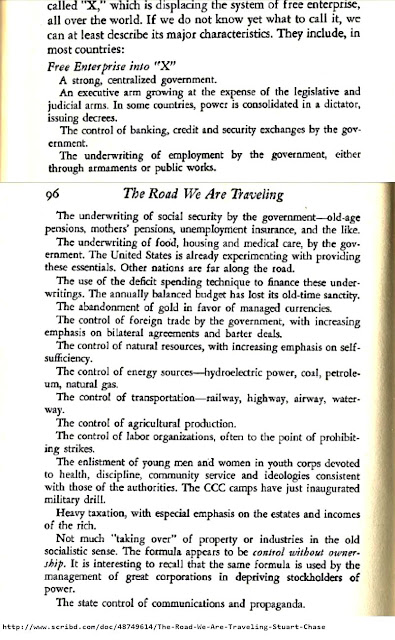 When my dad was mad he would do a dressing-down that he sometimes called "Reading you the Riot Act".  This was also known as "Giving you What For" and "Giving you the Third Degree".  I was (still am) sort of a slow learner when it comes to picking up social cues, so I never really figured out the difference between those processes.  I did learn that my father leads with his right hand.  Ouch.

The modern marvel of Wikipedia sheds some light on the Riot Act.  In my mind the Third Degree is associated both with flesh-charring burns and with being banished from the society of men and forced to do tedious work -- much like Doctoral Candidates must do.

My mother, on the other hand, generally got her meaning through to me more efficiently.  Corporal punishment was largely symbolic with her, incorporating backside-whacks with a large kitchen wooden spoon.  Ouch.  "Do you want me to get the wooden spoon?"  That was enough.  Usually.

Mom's warnings were set in various audible "fonts".   I could note the seriousness of the situation escalating to the extent to which she started to resort to her childhood North Dakota German upbringing -- the warnings set first in light Alte Schwabacher, then boldface, then dripping blood.  All without raising the volume level very much.

In lighter moments, after I had been teasing her, the appellation might include not the Third Degree, but Advanced Degrees:  "Oh get out of here you old Crowndotty XYZ, PDQ, The Third, Incorporated, PhD. ... Shoo!"