WTF??? The Flag of WTFness

I saw this logo on a dump truck in the shop today.  It stands for "Western Truck Fabrication" which is much older than the internet.  But that's still their logo.  Seriously, Western Truck Fab graphic design decider, WTF?

So I made a kind of flag out of their little WTF logo, because: WTF.

This is now and forever to be the official flag of WTFness or if not, WTF? 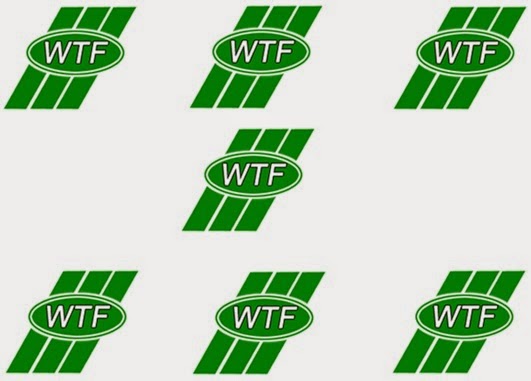 This is one of my favorite things now

There are web cams and live streams of the construction of the new Gerald Desmond Bridge in Long Beach California.

At night the fog mists the lens and the lights over the channel become an impressionist artwork.  On the live stream it is kinetic artwork! 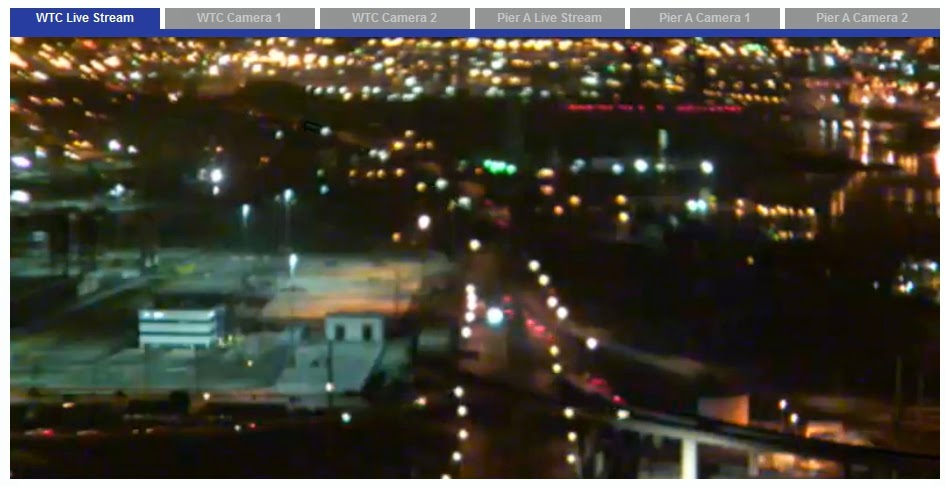 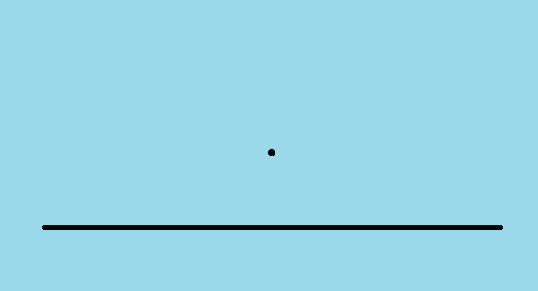 I don't think that means what I think it means

At the entrances to the refinery near my house, they have these "no guns" signs.  But the image has been flipped by some design idiot, and they must have chosen a handgun image that they thought had a certain scary great-white-shark ambience.

Whenever I see these signs, I think it is saying, 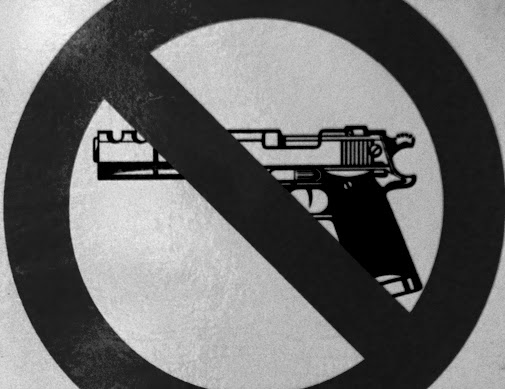 I'd give a home to all the sad puppies...

And neither do barnacles, apparently.  Hydraulic cylinders in the waters of San Francisco Bay have accumulated marine life.  Pardon the Phone Photos -- had to share anyway -- how often does a tide-pool wander into a machine shop, after all? 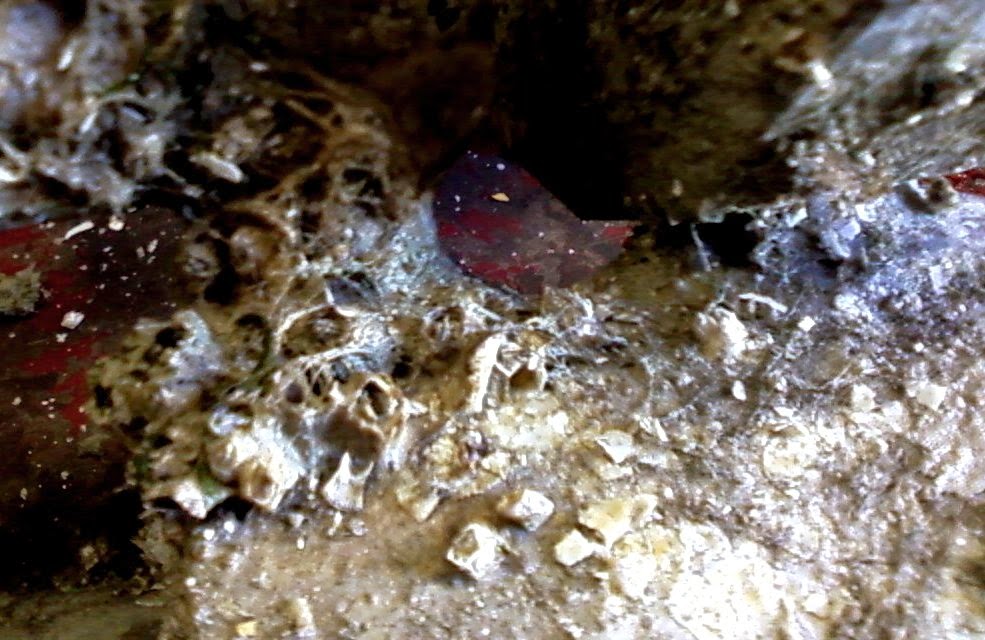 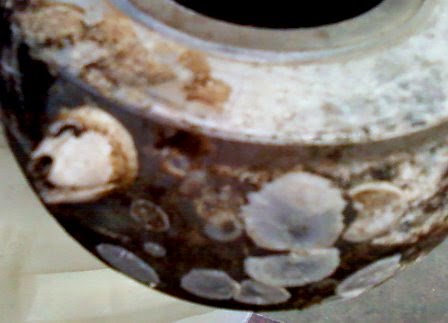 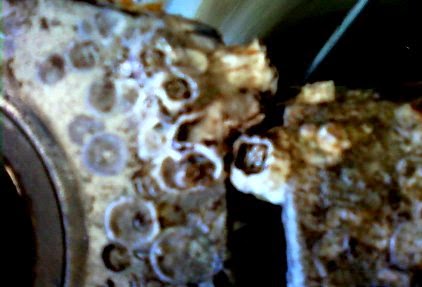 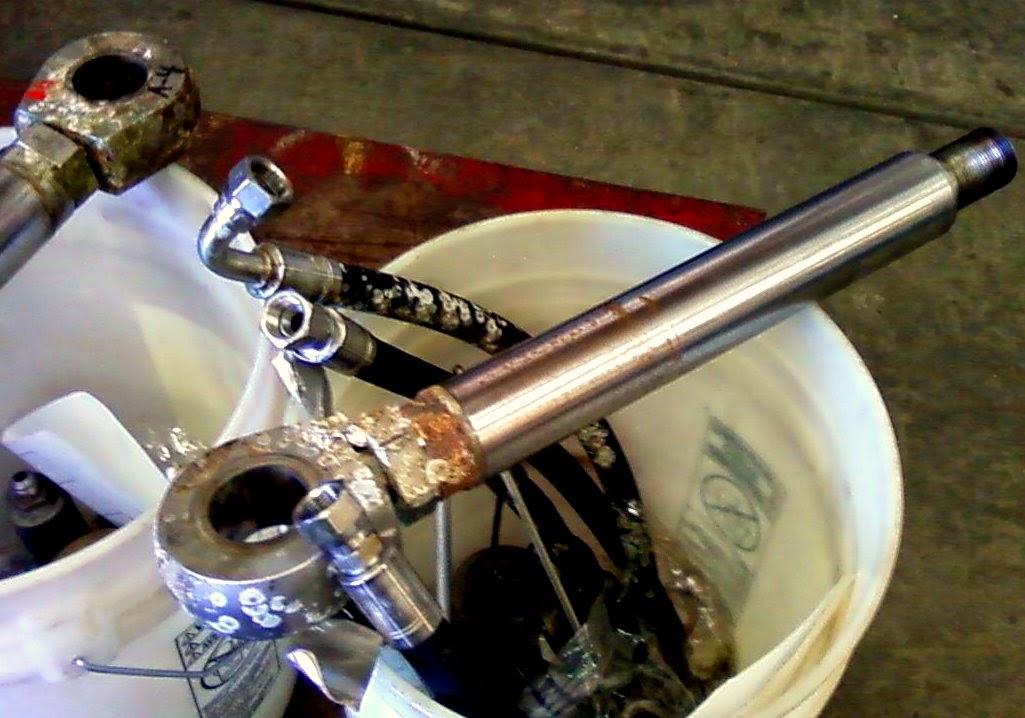 Like you need to know one more thing that bugs me...

Buttons on web sites that say "Login" or even "Log-In" (and then, when you're leaving, they say "Logout").

There may be a noun "login" as in, "Jeez, I forgot my login for Yahoo."  Whether spell check likes it or not.

I'm pretty sure there is no correct context for a hyphenated version.

And I can't think of a single plausible excuse for nouning "logout".  Since, like, they don't ask you for a personal verifier to get out of their system, do they?  (Unless... a prison web site? -- "One bad decision may have brought you here, but it is much, much more difficult to leave, bwa-ha-ha-ha!!!")

I'm always chasing rainbows
Watching clouds drifting by
My schemes are just like all my dreams
Ending in the sky ...

But this time of year at work I'm more like:

I'm always chasing SPIDERS
Watching cobwebs drifting by
My long-pole duster is a spiderweb buster
but dirt ends up in my eyes . . .

It doesn't matter whether I kill the spiders or catch and release outside.  In either case, they will be back in a week.  The ceiling in the parts room bathroom is a spider video game re-spawn point.

Yeah, the commie Lenin.  That's why it has become freakin' "Earth Day" -- a step toward normalization of the celebration of the day, I guess.

Lenin.  As in Marxism-Leninism.

And everything he stood for.  Ally of Trotsky, fergodsake.

"Father of Modern Genocide" -- that would be a good historical tag line for this monster.

Last Sunday.  At Mass.  Having a panic attack during the recitation of the 23rd Psalm.

"Beside restful waters He leads me..."

"He refreshes my soul."