Google and others buy them by the pallet load.


It's magic, that's what it is . . . I do live in the future, after all . . .
Wikipedia:  fuel cell .
Steam methane reforming produces (as far as I can gather) non-"Green" levels of carbon dioxide.  Also it takes energy to make the steam.  The wiki article on Fuel Cells contains this tidbit:  "The Department of Energy Solid State Energy Conversion Alliance found that, as of January 2011, stationary fuel cells generated power at approximately $724 to $775 per kilowatt installed.  In 2011, Bloom Energy, a major fuel cell supplier, said that its fuel cells generated power at 9–11 cents per kilowatt-hour, including the price of fuel, maintenance, and hardware."
I suspect that Bloom Energy is using a catalytic process instead -- either with platinum alone or -- more likely -- in some other (?) soup of (?)  reducible metals (?) (ferric oxide, sulfur dioxide?) -- which would make the process patentable, more economical than pure platinum, and "Greener" to boot.
Time to buy stock in public fuel cell companies?  Or is it a scam?  The Wikipedia article contains this:  "...as of October 2013, no public company in the industry had yet become profitable."  Hmmm.
Stay tuned . . .
Posted by Crowndot at 8/31/2014 04:16:00 PM No comments: One more thing to add to your list of linguistic evidence of the decline of civilization:

The word MANUFACTURER seems to be disappearing, especially in the plural.

"Our manufactures can ship direct to user."


Is it because of English-as-a-Second-Language?  But they would be corrected if we were unafraid, and the decline would be nipped in the bud.

It's our language, damn it anyway!  We stole it from the Brits, who stole it from all those conquerors!  If we let just anybody who wants our U.S. Dollars treat American English any way their spell check allows -- why, that would be like letting just anybody simply walk across our borders and partake . . . 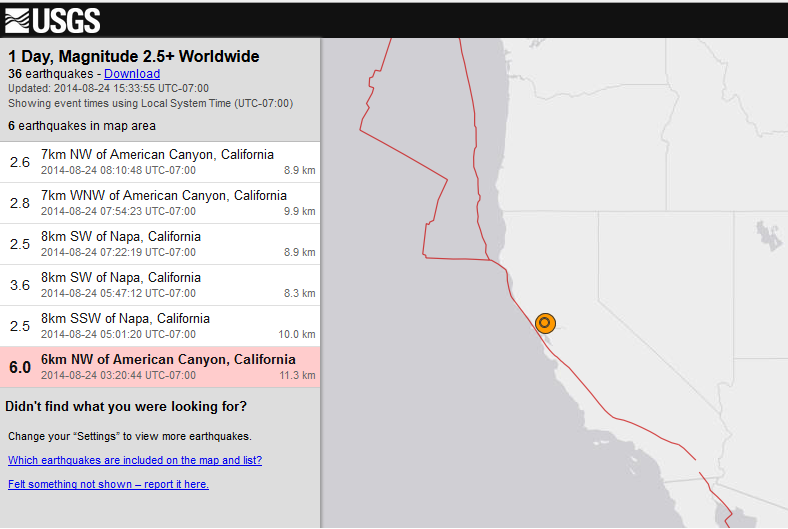 And since denizens of the San Francisco bay area like to describe these earthquake things, I thought it was both a roller and a shaker.

My recollection is it went:

Pop! Whump-whump-(whump)...BANG!!! GABUMP!GaBump!gabump-bump-bump-wump-wump-wump. [Followed by the stillness of the earth and the continued creaking of the house and ringing of the wind chimes in the doorway of the hall to the laundry room.]

I'll do the aside as a warmup to the main point:  Soviet foreign minister Vyacheslav Molotov gave his name most famously to a bottle of gasoline with a rag wick in the top for use as an improvised incendiary device.  "Molotov" was a nom de guerre based on the Russian word for "hammer" -- as in, "Hammer and Sickle".  But the name of the incendiary device was created by the "counter-revolutionary" Finns.  Russian cluster bombs dropped on the Finns were called "Molotov's bread baskets" by the people on the receiving end.  In response they gave back (notably to open Soviet tank turrets) a little home-made burn-baby-burn, calling them "Molotov cocktails".

Anyway.  It was on this day in 1939 that Soviet Russia and Nazi (National Socialist Workers' Party) Germany came to a nonaggression agreement that came to be named after its chief negotiators, Vyacheslav Molotov and Joachim von Ribbentrop: the Molotov-Ribbentrop Pact.

Things were a bit complex for the Axis at that time, since German ally Japan was engaging in an undeclared war with Russia.  Further, Germany had eyes for Poland, and did not want Stalin to interfere there.  Put simply, under the terms of the pact the Soviets were free to turn their back on Europe long enough to stop Japan at the border of Mongolia, and the Nazis were free to expand into western Poland.

Russia also got dibs on Finland, Estonia, Latvia, and part of Romania.  Germany was supposed to get East Prussia and Lithuania, but Stalin got to Lithuania first.  This is a historical example of the maxim, "Anybody who would go that far probably won't stop there."

Sometimes I go watch things that I know will make me cry.  I know they will.  And then they do, anyway.


(CNSNews.com) – The average price for all types of ground beef per pound hit its all-time high -- $3.884 per pound -- in the United States in July, according to data released today by the Bureau of Labor Statistics (BLS).

And yet.  Again this morning the happy pay-no-attention-to-the-man-behind-the-curtain voice on the radio news as I drove to work was saying that the Consumer Price Index rose (ZOMG!!!11!) more than previous months -- but still "less than one tenth of one percent."   What?  The way I did the math, if that was constant, that would work out to only about 1.2% price growth per year, and about 7.4% since January 2009.  Does that sound low to you.

But the CNSNews story goes on:

I realize the Consumer Price Index is not all hamburger.  But look at the number  of things that have risen steeply since January 2009!  Gasoline.  Home energy.  Milk.  Eggs.  Health insurance.  Just about everything.

But don't worry, be happy, because: The Consumer Price Index.

Well I guess it depends on your definition of "Consumer" and "Price" and "Index" -- doesn't it?

In 1945 the United States and allied forces accepted the unconditional surrender of Japan.

"War is not to be waged in the name of God!"


... Um, if our cause is just; if we are acting in defense of life and liberty; if we are standing in the way of oppression and tyranny; then it is not only our right but our duty to wage war.  And if we pray to the One True God® before the engagement, then I guess we can be said to be waging war "in the name of God."

It is also reserved to the laity to make prudential judgments about things like what (political) course to take.

No matter what Bill Donohue thinks.

The Islamic State sharia-or-bust movement is wrong, horrible, evil.  But we oppose them because of what they do -- not because they say they're doing things for Allah.

I just hope Pope Francis was taken out of context.  (Actually I think that about him a lot.)  Otherwise somebody seriously gots ta 'splain things to that boy.  (You listening, Holy Spirit?)
Posted by Crowndot at 8/11/2014 05:01:00 PM No comments: