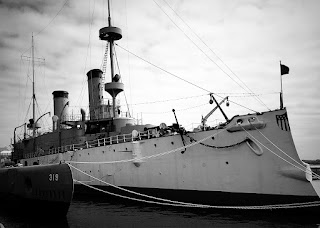 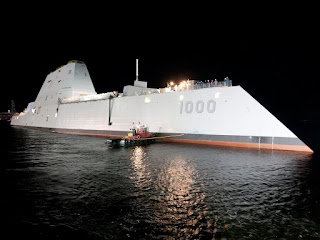 But what struck me is that the hull designed to let naval gunfire bounce off (it didn't work that well...) has been brought back to let radar beams bounce off (well, off and up, not off and back to the source).
Posted by Crowndot at 3/08/2018 08:32:00 AM