I watched a little movie this morning.  JB Benna at Journeyfilm has released his little documentary about Roz Savage rowing solo from the Canary Islands to Antigua. 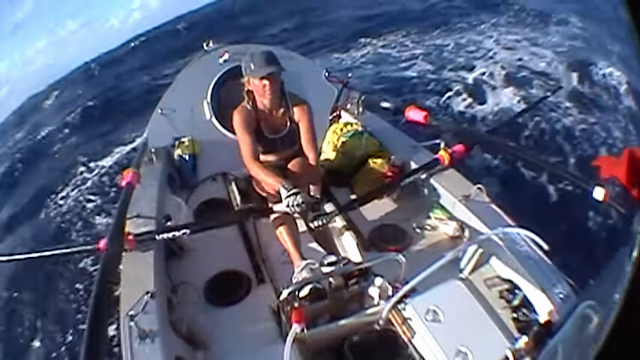 "JB Benna’s inspirational short film, entitled Rowing The Atlantic, tells the story of Roz Savage’s journey from an ordinary career woman to an adventurer, facing the most intimidating challenge of her life rowing 3,000-miles across the Atlantic Ocean. We see her struggles, her shortcomings and fears and how she discovered that she had it within her to rise to this seemingly impossible task."

The video is in HD so do embiggen it.

It is kind of refreshing to think for a few minutes about something not political or news-driven at this flu-obsessed time.  Because sometimes the ocean of life just up and breaks your oars.  Also: British accent!