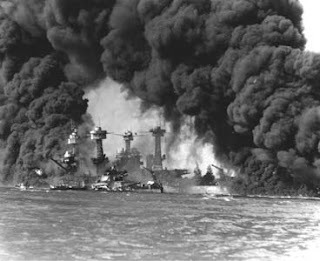 It is important to remember.


It is also important not to go all truther about it.

On 5 December 1941 Task Force 12  departed Pearl.  The Lexington went along to ferry Marine aviation to Midway.  Lexington had been the last carrier remaining in the harbor, since the others were on scheduled training exercises.  It just happened that way.

The code the British had broken was the diplomatic code, not the military code.  Even the British had no idea an attack on Pearl Harbor was going down when it did as it did.

Roosevelt may have been evil in many ways (social/economic policy, sucking up to Stalin) but don't you think if he had gotten the carriers out because he knew an attack was coming, he would have snuck a few battleships out of there too?