In the gospel of St. Luke, chapter 21, Jesus is talking about the destruction of Jerusalem and the end of the world  (Luke 21:11).  Most of the scriptural "signs in the heavens" have more to do with guiding along the way than with recognizing the end.

The Shekinah glory led the people of Israel in the desert, a cloud by day and a pillar of fire by night (Exodus 13:21).  The star led the magi to the Christ child at the time of His birth (Matthew 2:2).  The Glory of the Lord shone round about the shepherds as the angels announced His birth (Luke 2:9).  "The heavens were opened" when Jesus was baptized by John (Matthew 3:13-17).

I believe the beauty and wonder in the created world are also signs of the Creator's presence in the world.  Or can be -- for those who have eyes to see.

Or it is mere sense-perception.  Optics.  Atmospheric phenomena.

Even when it is something as simple as a sunset seen behind the grocery store. 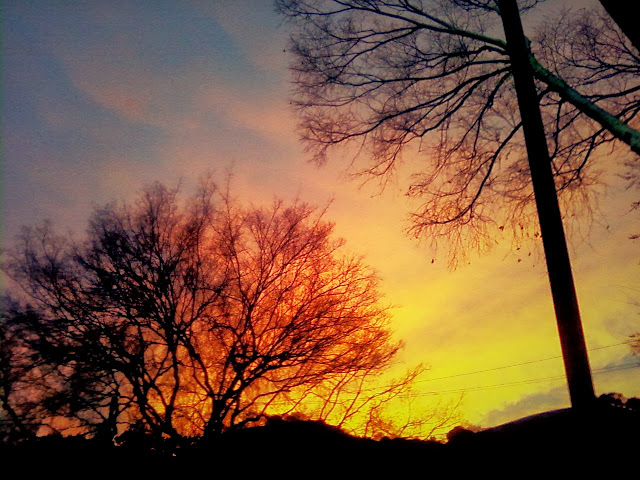 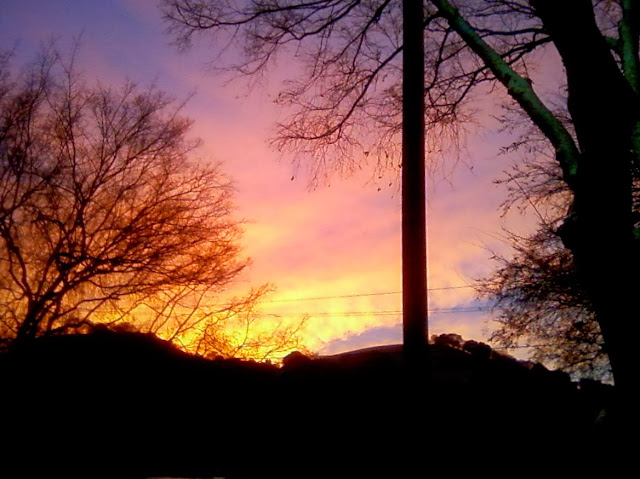